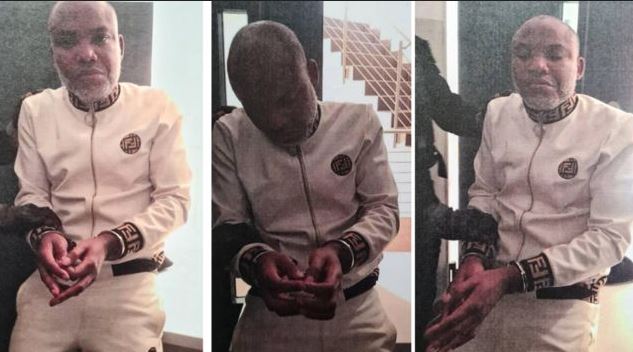 The Indigenous People of Biafra, IPOB, on Monday has revealed that its intelligence gathering showed that Nigeria and Kenya struck a “dirty deal” before its leader, Nnamdi Kanu was allegedly abducted arrested, tortured and brought back to the country.

Spokesman of the group, Emma Powerful disclosed that IPOB has uncontroversial evidence of how Kenyetta betrayed Kanu and tried to cover up their tracks.

Powerful was reacting to a denial by the Kenyan Ambassador to Nigeria, Wilfred Machage who absolved his country of the re-arrest of Kanu by the Nigerian government.

A statement by Powerful reads partly: “The attention of the global family of the Indigenous People of Biafra (IPOB) ably led by our great leader Mazi Nnamdi Kanu has been drawn to the lame denial by the Kenyan Ambassador to Nigeria, Wilfred Machage, of Kenya’s involvement in the criminal abduction of our leader, Mazi Nnamdi Kanu.

“This denial is another smart but belated attempt to cover up their atrocity but unfortunately for them, we already have incontrovertible evidence of how the dirty deal between Nigeria and Kenya was struck. Our intelligence gathering has revealed all those involved in this heinous crime.

“Contrary to claims by the Nigeria Government, our leader was not travelling with any Nigeria passport because he is not a Nigerian. He was born in Biafra and he has since publicly renounced any connections with Nigeria.”

9jaloverJuly 30, 2021July 30, 2021
Former Presidential aide, Reno Omokri has urged Nigerians to stop involving themselves in online fraud saying there are many clean...

9jaloverJuly 30, 2021July 30, 2021
According to The reports, Some suspected Fulani herdsmen are allegedly holding some farmers hostage in Obiaruku, Ukwani Local Government Area...
- Advertisement -